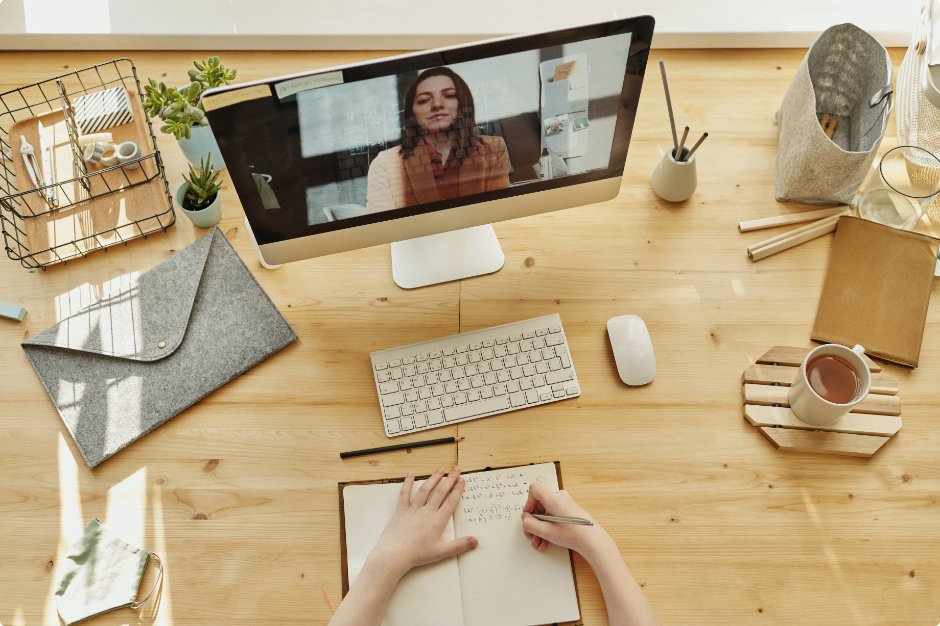 Online learning has grown dramatically over the last 20 years. This growth has occurred despite online courses having attrition rates persistently higher than in-person courses (Bawa, 2016; Friedhoff, 2019). There are many reasons why students fail to persist in an online environment, but one possible reason is that the nature of online learning can result in students feeling isolated from their instructors and peers (Bolliger & Inan, 2012). While students can feel isolated in in-person courses, it’s more likely to occur in online courses (Erichsen & Bolliger, 2011). One issue is that online courses rely heavily on text communication that lacks the visual components and other communication cues that are present in in-person communication. While an online learning community can be developed using text (see Garrison et al., 2000), it can be difficult and time consuming for many students to do so. If teachers rely exclusively on the communication tools built into their learning management systems (LMS) they would likely default to text. However, instructors are increasingly turning to communication channels outside of the LMS that allow them to more easily develop learning communities (Bender & Dickenson, 2016). If instructors look beyond their LMS, they might be surprised at how many different ways there are to communicate online. Each type of communication has affordances and constraints.

Graham (2006) provides a helpful framework for understanding the different ways that students and instructors can communicate online. Specifically, he explained that each type of communication has three dimensions: (1) Space, (2) Time, and (3) Fidelity.

Online text-based communications are popular because they provide students with the flexibility in space and time that they require. This flexibility also allows for high levels of participation because students don’t need to share the same class time. Flexibility in time combined with the nature of text communication allows for ample opportunities to reflect on and edit statements before sending a message.

However, the low fidelity of text can make it difficult to form a sense of community. While it is possible to form a community using text it can be time consuming. In fact, some students have a hard time seeing their online teacher as “real” if they only communicate using text. As one online student said in a focus group I coordinated, “It feels like you’re talking to a robot.”

Compared to text, live video calls have high levels of fidelity with rapid back-and-forth interactions that make it easier to get to know others and form a community. However, these advantages come at a cost because participants need to coordinate their schedules. Students can be prone to distraction when they are not engaged in active learning activities during the calls. Limited class time can also make it difficult to give each person equal opportunity to communicate. Live calls can also be frustrating with technical difficulties as hilariously highlighted in the following too-close-to-home parody.

Video Messaging--Combining the Best of Both Worlds

In many ways video messaging can combine the best of text and live video calls. Similar to text-based communication, video messages are recorded and allow for high levels of flexibility and participation. Once video messages are shared, students can watch and/or respond to them immediately or later when it is more convenient. At the same time, they contain the fidelity and communication cues that make video calls powerful. Furthermore, video messaging is less prone to technological issues related to poor internet connections and, when technological issues do occur, are less distracting than in live video calls. Video messaging also has some disadvantages that instructors should be aware of. First, recording and posting messages can be uncomfortable for students initially. In our research students reported that the discomfort they felt tended to decrease significantly after just a few posts (Borup, West, & Graham, 2012). Second, while more flexible than live video calls, video messaging is still less convenient than text because you need to find a relatively quiet place to record videos and it is harder to skim than text. However, participants in our research tended to find that the benefits outweighed the potential drawbacks in most cases.

Video messaging has the potential to combine the flexibility of text communication with the fidelity of live video calls. However, video messaging also comes with limitations and shouldn’t completely replace text or video calls. Rather, when strategically combined with text and video calls, instructors can leverage the affordances of video messaging to provide students with a more powerful learning experience.

Jered Borup is an Associate Professor in the Division of Learning Technologies at George Mason University. Prior to Mason, he earned his PhD at Brigham Young University in Instructional Psychology and Technology. He has taught online and blended courses since 2008 and his research focuses on online and blended student support systems. He has published seven peer-reviewed journal articles (four award-winning) and two book chapters on the use of asynchronous video communication. Additional information on his research and teaching can be found on his website: https://sites.google.com/site/jeredborup/